Zach channels his family lineage of the four-generations of chazzanim (cantors) before him, as he helps communities around the country find their own joyous voices in song.

I believe communities can be built with music. I am a son, a grandson and a great-grandson of Chazzanim, cantors, who kept communities together even when the world was falling apart. I also believe that the nigunim, wordless melodies, that I study and compose, bring an important and healing spirituality to people of all faith traditions. My family was a Klezmer band. My violinist mother and my clarinetist/accordionist step-father played Jewish and American Folk music as a natural and happy part of everyday life. We jammed in the living room to 300-year-old Carpathian melodies–didn’t every kid do that?  We were featured at music festivals from Toronto to DC, and I played saxophone for bar mitzvahs even before coming of age myself.

Get the Sheet Music 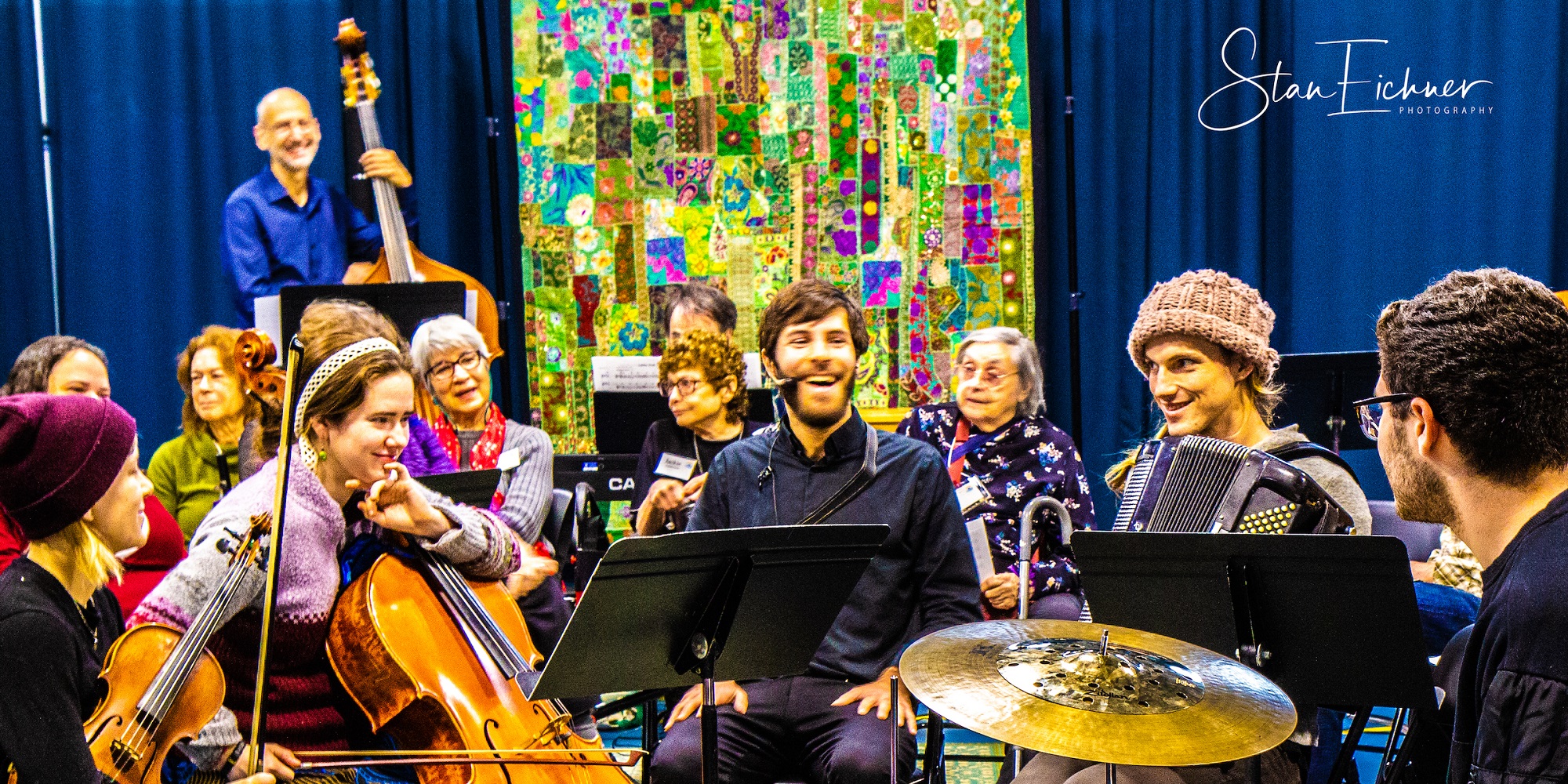 BRING ZACH TO YOUR COMMUNITY

Zach will join your community for a concert of original music, leading nigunim, Jewish songs, and Hebrew chants that uplift, delight, and heal. True to the style of a Hasidic tish (table gathering), the music is meant to be participatory, and all are invited to join together in song.

Nigunim: The Soul of Jewish Music

Join musician Zach Mayer, who will explain the history and significance of nigunim (wordless melodies from the Hasidic tradition) and talk about how they are sung today by different individuals, groups, and congregations. He will teach a traditional nigun, followed by an original melody of his own composition, and explain which elements of the melody are rooted in tradition, and which elements are new.

A sing-your-heart-out experience! Join the virtual song circle with artist-in-residence Zach Mayer in singing holiday songs, both old and new, along with other melodies that lift the spirits, whether it’s Hanukah, Tu Bishvat, Pesach, or any other Jewish holiday!

Teenagers in Lvov: A Klezmer Course for Teens

Do you sport Spotify? Are you Gaga for Lady Gaga? What makes Harry Styles so stylish? What if you learned that the pop, hip hop, and rap music you already know was actually Jewish music? Join Zach Mayer in uncovering the secret Jewishness hidden behind the songs that you love.

(Levels: beginners, intermediate) Just because you’re a beginner doesn’t mean you can’t play the best stuff! Open to any instrument, this course will demystify klezmer improvisation, teach you authentic style, and will have you playing the hottest klezmer music faster than you can say “eyns tsvey dray.”

How Klezmer Works: A Crash Course in the Theory of Jewish Chords and Harmony

How do you know you’re in freygish? How do you play the chords on a clarinet or a violin? How do you harmonize a melody? In this course, we will identify and develop the basic skills needed to feel confident playing Klezmer at home, in a jam, or on stage. For singers and instrumentalists, especially those who are only familiar with notated music, or who play by ear but would like to better understand what they are doing

Zach Mayer will teach a nigun as well as how to use the free recording software, Soundtrap. By the end of the workshop series, Zach will compile participants’ recordings of themselves into a video montage to share with the whole community.

Music of the Hasidic Jewish Tradition

This course is designed to teach a musical magnum opus from fourteen major Hasidic sects of the Jewish faith. During every class, students will thoroughly learn one nigun (a traditional wordless spiritual melody) from a different sect of Hasidim. Classes will begin with an explanation of the historical context of the nigun, and will then transition to a meditative group sing in the style of a traditional Hasidic Tish, in which the melody is repeated many times, providing an authentic means of experiencing it. Towards the end of the course, students will gain an understanding of how these ancient melodies are relevant to spirituality in musical communities today. The class will culminate in a public concert, in which the students themselves will lead and teach the melodies in the style of a traditional Tish.

With over 20 million hits on YouTube for his “Subway Sax Battle,” Zach Mayer has performed with John Zorn, Frank London, Michael Alpert, Joey Weisenberg, and Bobby McFerrin. He performs internationally with Zion80, a 10-piece Jewish Afrobeat band inspired by the music of Shlomo Carlebach, and his folk sextet, Night Tree, has toured internationally and has released two albums produced by Seamus Egan of SOLAS. He has been on the faculty at the Brandeis Institute of Music and Art and Laguardia Arts High School in Manhattan, and teaches workshops around the US and at KlezKanada. Mayer is the musical director of Kahal B’raira, a humanistic Jewish congregation in Cambridge. He received his Masters of Music from the New England Conservatory in Boston, and is a member of Hadar’s 2020-2022 Rising Song Fellowship. He has written two albums of original Jewish melodies, and sings his music with communities around the country.